Making a Difference in the "Light of Hanukkah"

Read how a 2nd grade class writing campaign made a difference in the corporate world with the stocking of Hanukkah decorations. 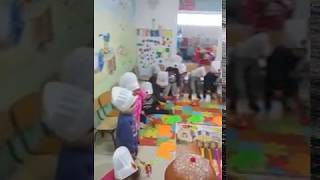 The celebration of ''LIGHT AND JOY'' is always a Very-Exciting event in "Rocket-City, Israel" as we remember the many miracles of G-D's protection and deliverance in ancient times. In the light of last week's rocket attack which hit a local Kindergarten, our children continue enthusiastically celebrating G-D's miraculous deliverance in the past and NOW...despite the threatening realities we must face here in Sde'rot. So, Thank-You for your prayers as our children bravely fa

Residents of Sderot watched the Iron Dome defense system intercept rockets fired from Gaza before they exploded Wednesday evening. Some of the residents were treated for shock. In the last few weeks, 14 rockets were fired at Israel by terrorists in Gaza, the highest number since the 2014 war.

Eduardo and Juana S. immigrated to Israel in 1989 and a few years later they moved to S'derot. After losing his job in 2003, Eduardo tried to become self-employed buying and selling toys at the S'derot market, but the decaying economy of a city under constant attacks caused him to eventually lose all of the family's modest savings and get into debt. The family became depressed and worried because of the financial situation, in addition to their concern for Victoria, their dis
1
2