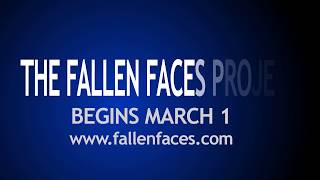 REGISTER TO PARTICIPATE IN THE MONTH OF MARCH @ FALLENFACES.COM ABOUT THE PROJECT Over the past century there have been thousands of Israeli victims of Palestinian terror. But only occasionally do we hear their names. Less often do we see their faces. The Fallen Faces Project is a platform to give back the dignity robbed from those Israelis - the countless Muslim, Christian, Jewish, Bedouin or Druze as well as men, women and children - who have been innocently slaughtered by

TOP IDF GENERAL WARNS OF INCREASED CHANCE OF WAR IN 2018...

"The chances of war breaking out on the northern border in 2018 are greater than ever before due to the victories of Syrian President Bashar Assad backed by Iran and Hezbollah, a senior IDF general said Monday.... .......... Click Here to Continue Reading the Article

Gaza is rapidly becoming a power-keg of Islamic violence and hatred as hundreds of radical citizens repeatedly challenge our Israeli soldiers on Shabbat along the security fence near Sde'rot. Click Link to Read the Full Article...

Netanyahu holding up a piece of the Iranian drone shot down over Israel:

Netanyahu holding up a piece of the Iranian drone shot down over Israel: "Mr. Zarif, do you recognize this? You should. It’s yours. Don’t test Israel’s resolve"
12
3
45