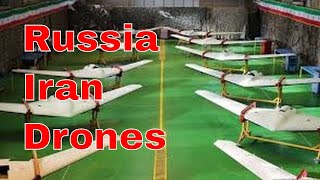 Iran and Russia working together!-Putin has proven he's singularly interested in using the region to leverage a Russian return to dominance. .......... Click Here to Continue Reading the Article...

“Israel is a staunch ally of the United States, and we support its right to defend itself from the Iranian-backed Syrian and militia forces in southern Syria,” the statement by US President Donald Trump’s office read .......... Click Here to Continue Reading the Article from Times of Israel

An Iranian unmanned aircraft entered Israeli territory from Syria early Saturday morning and was shot down by the Israeli Air Force, in an incident the military called a “severe and irregular violation of Israeli sovereignty.” In response to the breach, the air force struck Iranian and Syrian military targets in Syria. .......... Click Here to Continue Reading the Article from Times of Israel

One year has passed since the tragic terrorist truck-ramming event overlooking Jerusalem where the lives of four young IDF cadets were brutally murdered, leaving fifteen injured for life! One courageous 19-year old survivor was Aviv Bar who fought for her life many weeks in the hospital until her prayers were answered. Our ‘Hands of Mercy’ team plus Chinese friends were honored to share in this special ‘Miracle’, as can be seen from the attached ‘original’ story. MERCY UPDAT
234
5
6